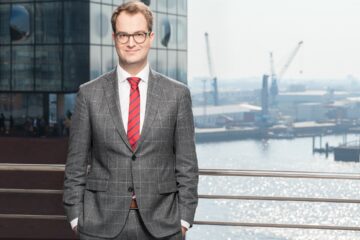 Ruven Appelkamp joined HARTE-BAVENDAMM Rechtsanwälte in 2021. He advises clients in all matters of intellectual property law, in particular trademark law, unfair competition law and the law of business identifiers as well as the law of legal services.

His focus lies in strategic advice and litigation, but also in the extrajudicial enforcement of intellectual property rights and claims for unfair competition as well as in the effective protection against such claims.

Furthermore, he advises clients with regard to their trademark portfolios, including proceedings before the German Patent and Trademark Office as well as the European Union Intellectual Property Office.

Ruven Appelkamp studied law at the Bucerius School of Law in Hamburg with a focus on international commercial and civil procedure law. He obtained his Bachelor of Laws (LL.B.) degree there in 2017. Additionally, he spent a trimester at the Université de Fribourg (Switzerland) and has a professional foreign language diploma (French) from the Paris Chamber of Commerce.

After his first state exam in Hamburg, Ruven Appelkamp received his legal traineeship at the Celle Higher Regional Court. He was admitted to the bar in 2021.