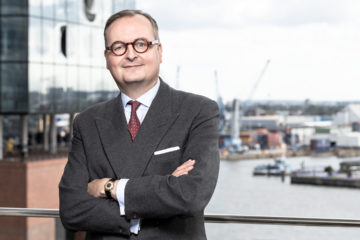 “widely respected for his strength in trade mark, unfair competition and copyright law”

"excellent for really complex things" and "one of the doyens in Germany.“

Michael is founding partner of HARTE-BAVENDAMM. He is specialized in trademark, unfair competition and antitrust law as well as in design and copyright law. He focuses on contentious matters including litigation before the Court of Justice of the European Union. Moreover, he gives advice on strategic issues regarding branding and advertising campaigns. His domestic and international clients include, inter alia, large and medium-sized companies in the industry sectors fashion, luxury goods, cosmetics, food and beverages, software and consumer goods.

Michael is a member of the Committee on Trademark Law and Unfair Competition Law of the German IP Association (GRUR). He is author of the leading text book on the legal protection of trade names and other business identifiers (4th edition 2018). He is co-author of a number of other books and has published many articles on trademark, unfair competition and copyright law and lectures at conventions and seminars.
Michael held a scholarship of the German National Merit Foundation and studied law at the universities of Mannheim and Freiburg (first state exam 1997) and received his practical training at the Freiburg District Court (second state exam 2000). Michael holds a Dr. jur. (summa cum laude) from the University of Mannheim (2000) and an M.C.L. degree of the universities of Mannheim and Adelaide (2001). He was admitted to the bar in 2002.

Before he founded HARTE-BAVENDAMM together with Henning Harte-Bavendamm and Karolina Schöler, he had worked with a large US law firm in Brussels and Berlin in antitrust and IP law until 2003 and from 2003 to 2008 with a Magic Circle firm in Hamburg-Kanzlei in Hamburg.

Michael is a member of GRUR, INTA and the German Society for Research on Brands and Branding. He is fluent in German, Spanish and English, has a good command of French and understands Dutch, Italian and Portuguese.